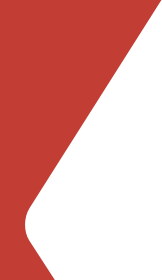 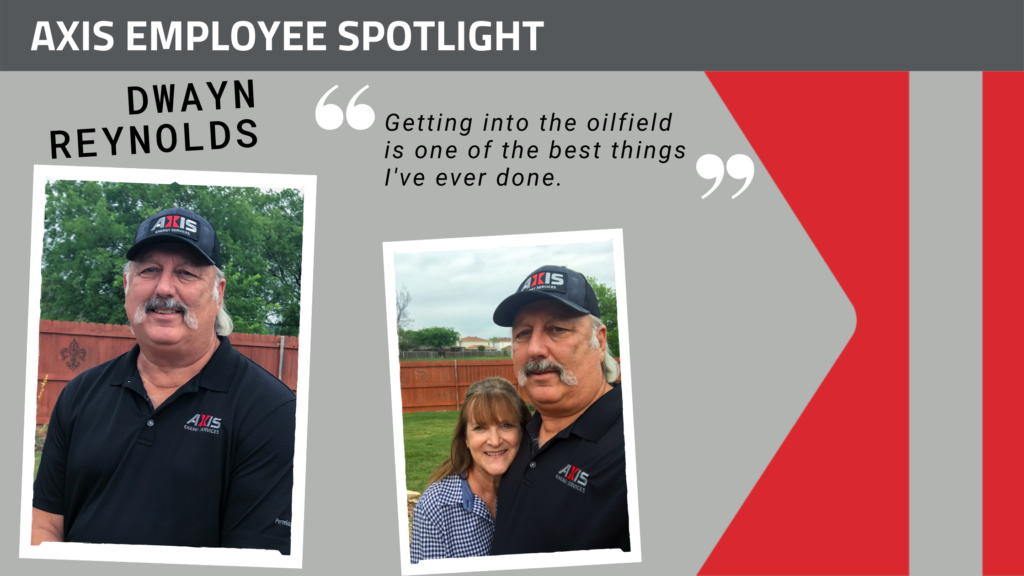 Each month, Axis shines a spotlight on an employee who represents our motto of “One Team, One Goal.” This month, we’re highlighting Dwayn Reynolds from our sales team who has been with the company since its inception, coming to Axis from one of its parent companies, Momentum Pressure Control. Dwayn’s journey to the oilfield is an interesting one, starting as a snubbing hand as a second career after a full career in the airline industry.

“Dwayn is one of our top salespeople, covering multiple regions and multiple service lines,” says Erik Coleman, Vice President of Sales. “He’s an awesome person to have on the team and the only one with multiple nicknames around the office, like Cowboy, Pop Pop, and Deacon. He gives 100% on everything he touches and defines what we mean by the Axis Family.”

How long have you been with Axis?

I originally started with Momentum Pressure Control in 2018. Shortly after I joined, the companies formed into Axis Energy Services, and I’ve been with Axis since then.

Tell us about your professional background.

I originally started my career with Delta Airlines in 1979 in Monroe, Louisiana, where I worked the ramp. In the airline industry, in order to move positions, you had to transfer; so, with my wife, we transferred to Chicago in 1980, then Philadelphia, then finally to Dallas/Fort Worth. I spent ’83 through 2005 working different positions, including the DFW ramp, ticket counter, gates, international parking at arrival management, and worked with the FAA handling baggage security. I decided to take advantage of Delta’s early retirement after 27 years and at 50 years old, I went to work for Cudd Energy Services here in Fort Worth. I started in the snubbing basket as what they called a “worm” until they made me a full hand on the snubbing unit. I stayed until mid-2007 when I moved to sales. I enjoyed working the basket, but as I got older, I knew I wasn’t going to make that a career, and I wouldn’t change anything about that experience. I sold snubbing services from 2007 to April 2018 in the Barnett Shale, South Texas, West Texas, East Texas, Louisiana, and the Northeast in the Marcellus and Utica plays. Then, in 2018, they shut the office down in Fort Worth and that’s when a couple guys from Momentum called me about wanting to build up their snubbing business in the West Texas area. After that is when they formed Axis, Erik came on board, and we’ve been doing it ever since.

What made you want to get into the oil field?

I’m originally from Monroe, LA and back in the early 80s, Louisiana was high on oil and gas production. My dad was a pilot and worked for a drilling company, and I flew with him one day out on a drilling rig. He kind of talked me out of it back then, but after retiring, I decided to get into the oilfield, not knowing anything about it. It’s been a blessing and one of the best things I’ve ever done.

What about your job is most interesting to you?

What intrigues me the most is meeting different personalities. I love meeting and visiting with people and constantly learning the industry. When you talk to Dirk (Lee) and Jody (Kindred), you learn so much. Whatever they bring to the table, I just want to absorb it all because they have so much knowledge. What I find most interesting is finding new customers who need our services, and with our CORE technology, it’s really opens doors for us.

What is the biggest advantage of CORE?

CORE is data driven. We can tell these customers what’s going on downhole or on the floor, but one of the things I try to stress with customers is if they want to see what’s happening downhole with their configuration on a plug drill out, we can show them that. If you can show them data that you are taking and how it relates to the length of time of an operation, that’s huge.

What’s one piece of advice you’d give someone getting into the oil field?

I’m a pretty simple man. You take one step at a time. You get up in the morning, you do your job, you come home, you’re with your family and you’ve done good. If you load your plate up to where you can’t really focus on the one thing you really need to focus on, you will lose sight on all of it.

What do you like most about working for Axis?

I enjoy working for Dirk Lee, Jody Kindred and Erik. I look forward to being able to do more within the sales group and I hope to keep doing what I do because I really enjoy the guys that I work with. I’ve seen some companies come and go during my time in the oilfield, and I think Axis is going to be one of these companies that’ll be around for as long as our leadership wants it to be around.

In your spare time, what do you do outside of work?

I love to hunt and fish. I also have three grandbabies, so when I come home on the weekends, I spend a lot of time with my family. That is my first priority besides my belief in the Lord Jesus Christ. He is my first and ultimate goal. I do spend a lot of time with my church. I hold a commission through the state of Texas as a security officer and perform security as a church marshal. I’ve also been ordained as a deacon at my church recently. My wife and I also like to travel!

What do you listen to in the car on your way to work?

When I go out to Midland early Monday mornings, I very seldom have anything on the radio at all. I don’t listen to anything and I’m focused on what I’m going to do for the week, and who I’ll be speaking with. On my way home, usually late in the evening Thursday or Friday, I’ll listen on my Bluetooth radio to country and western music. I love Waylon Jennings, Johnny Cash and George Jones.

What are the top 3 most important things in your life?

My faith in God, my family, and my work. Everything else will take care of itself.